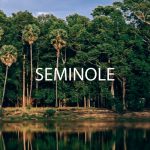 Did you know St Petersburg’s Jungle has an incredibly fascinating history dating back thousands of years? Indian mounds, conquistadors, the cities first airport, radio station, and nightclub all we’re all in Jungle. Even Al Capone has a legend in the Jungle, running bootlegging off the coast during the prohibition era.

But without a doubt, the Jungle’s most historic claim to fame came before James Town or even the Lost Colony of Sir Walter Raleigh. The Jungle was the landing site of the first European expedition of North America. The leader of the expedition was named Panfilo de Narvaez. His blood-crazed crew of sailors slaughtered and enslaved the native Tacoboga Indians as they hunted a trail of gold.

Moving forward 500 years, the Jungle would make history again. This time during the early 1920’s, when a wealthy developer named Walter Fuller built the Jungle Hotel and connected it to Downtown with a trolly.

The Jungle Hotel would become famous as one of Floridas top vacation destinations and golf courses. Years after the hotel lost its luster, Fuller would sell the building to Admiral Farragut Academy, and the golf course would be turned into neighborhood developments. To this day the Jungle’s streets are named after golfing terms from its time when it was a famous resort golf course.

Thank you for your inquiry.